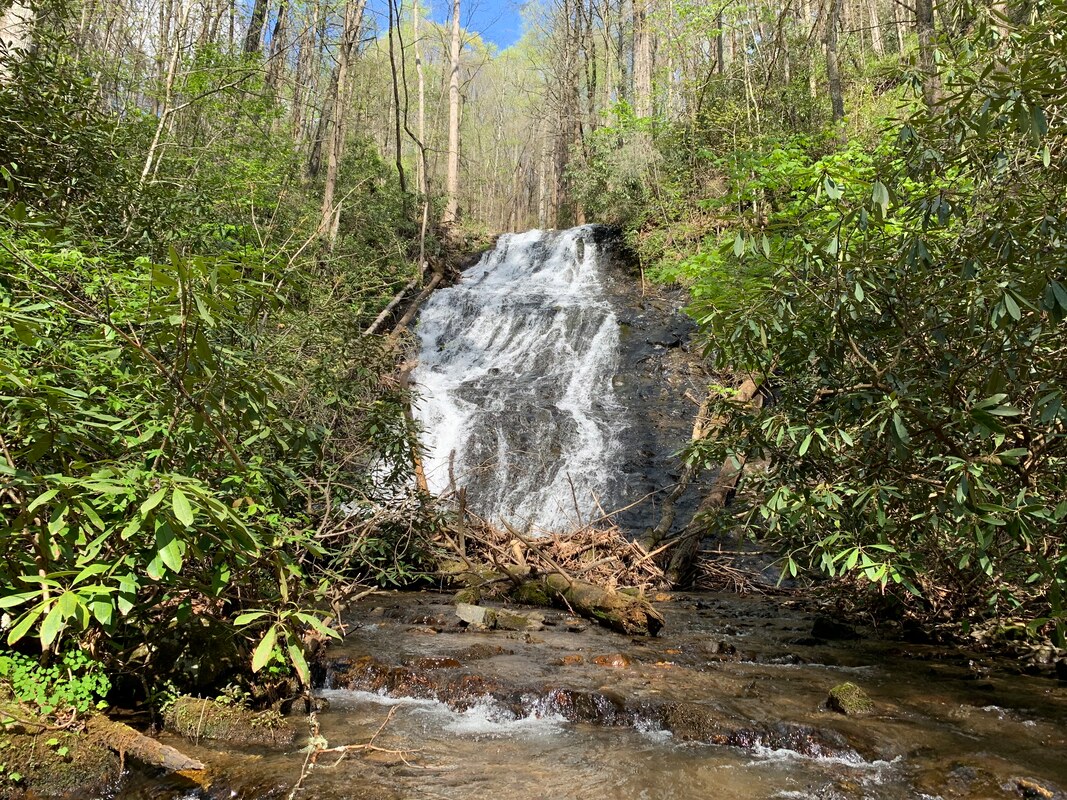 Photo by Nick Brindle
Waterfall Info: This is a significant waterfall at the 2,240-foot level on Heddy Creek, one of the two major forks of Mountaintown Creek (the other being Crenshaw Branch). The USGS topo map denotes this location as "Rapids".
Landowner: Chattahoochee National Forest ​(Cohutta Wildlife Management Area)
Height: 40 Feet
Type: Slide and Sheer Drop (Double-Tier)
County: Fannin
Access Info: There is no easy way to reach this waterfall given its remote, off-trail location. The most logical route might be to follow Heddy Creek from the Mountaintown Creek Trail, but keep in mind this would mean a full 1.5 miles of off-trail hiking. The topo map shows an old logging road following the creek the whole way to the falls, but according to Nick Brindle, the road is often very overgrown, making it actually easier to walk the creek itself. Another possible approach is from FS 64 to the north. Just southeast of Three Forks Mountain, an old forest road leaves southward from FS 64 at 34.874687, -84.557497. This forest road leads to a wildlife opening atop an unnamed knob between Heddy Creek and Natty Cove Branch at 34.862403, -84.564432. From there, the bushwhack southeast to Heddy Creek Falls would be less than a half mile, and while the terrain is relatively steep, the woods should be generally open except near the creek.
Waterfall Location: 34.857767, -84.559616 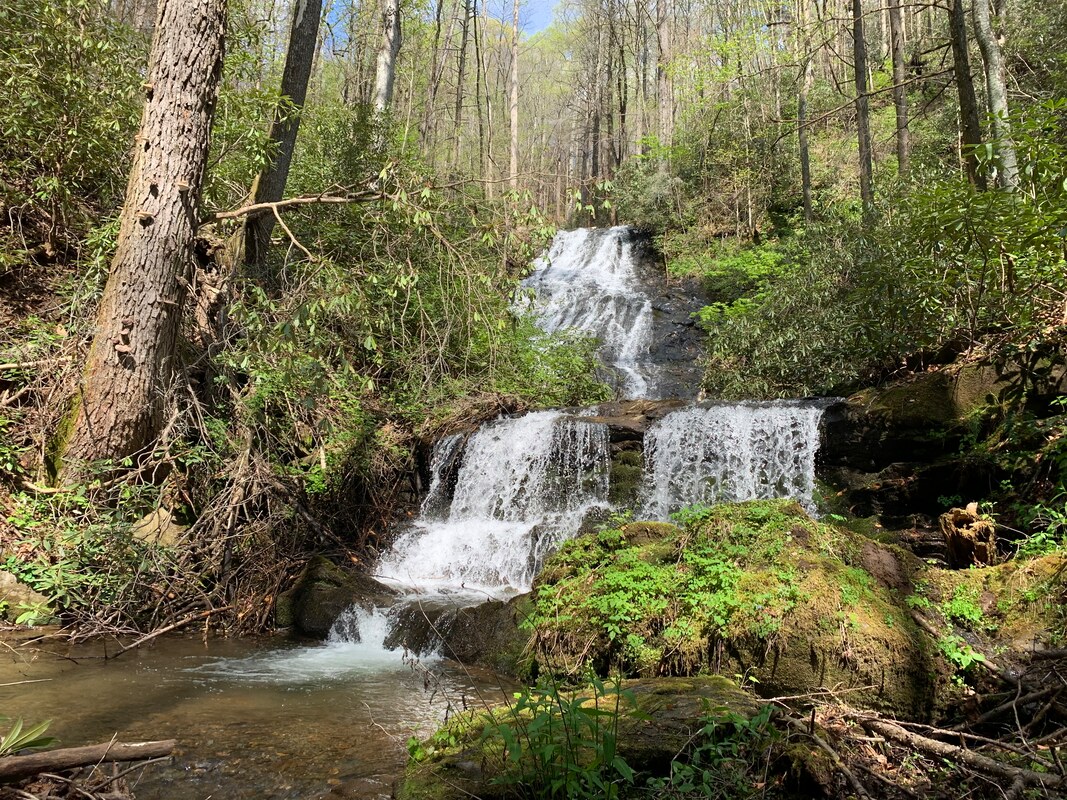 Photo of main tier and lower tier by Nick Brindle