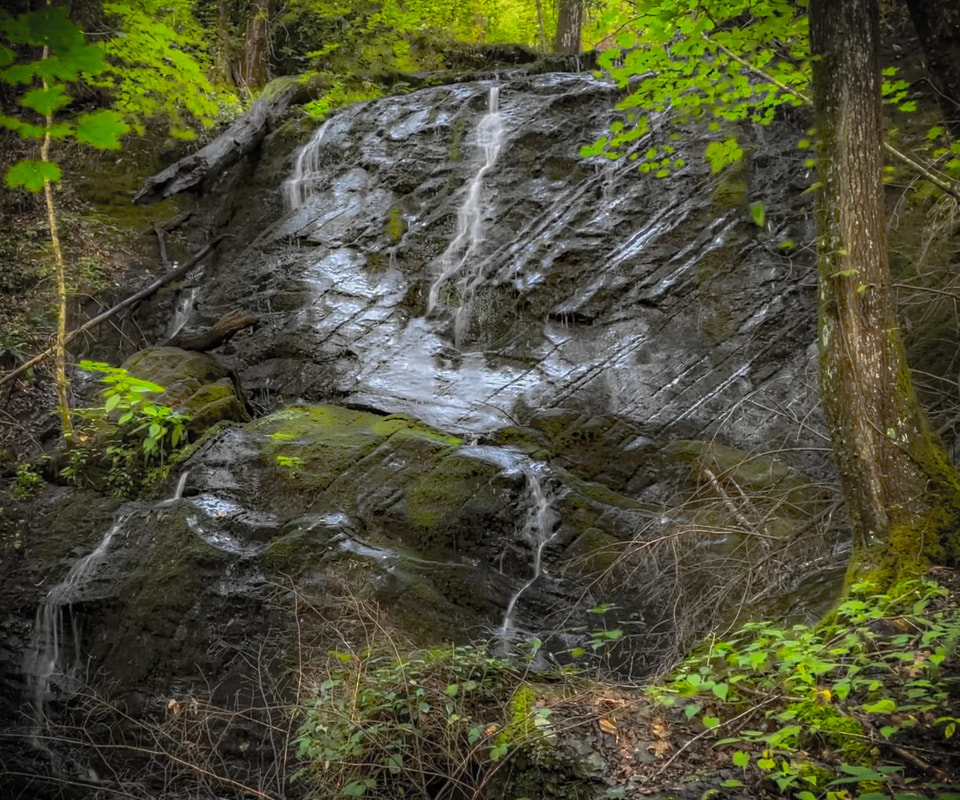 Photo by Nick Brindle
Waterfall Info: Approximately 1.2 miles downstream from Sumac Falls, an unnamed tributary flows into North Prong Sumac Creek from the south. This is just east of where North Prong Sumac Creek exits the mountains and flows into private property within the flat Great Valley. Cisco Falls is located 0.15 mile upstream on the tributary. Another 250 feet above Cisco Falls, the tributary splits into a west and east fork. Upper Cisco Falls is a wet-weather waterfall located 150 feet up the smaller east fork. The waterfall's schist cliff features striking parallel incisions that appear to indicate bedding planes, suggesting stratified rock layers that are arranged on top of one another. Some of the weaker rock layers must have eroded at the incisions.
Height: 20 Feet
Type: Sheer Drop (Single-Tier)
County: Murray
Access Info: A worn scramble path follows the east side of the tributary from its confluence with North Prong Sumac Creek. I don't know precisely where the path begins, but it has to be somewhere within the vast region of private property just to the west, off-limits to the public. Thus, the best way to access Upper Cisco Falls is likely using one of the bushwhack routes to Sumac Falls. You can then take a faint path that largely follows North Prong Sumac Creek the whole time below Sumac Falls.
Waterfall Location: 34.933374, -84.721764